In its FY 2016 Mid-Year Update and FY 2017 Work Plans, the Office of Inspector General (OIG) stated that the 2-midnight hospital policy “represents a change to the criteria that hospital physicians are expected to use when deciding whether to admit beneficiaries as inpatients or treat them as outpatients” (HHS, 2016). The OIG also stated that “We will determine how hospitals’ use of outpatient and inpatient stays changed under Medicare’s 2-midnight rule by comparing claims for hospital stays in the year prior to and the year following the effective date of that rule. We will also determine the extent to which the use of outpatient and inpatient stays varied among hospitals” (HHS, 2017). In its commentary, the OIG acknowledged two seismic issues:

Regarding the second issue, on December 19, 2016, the OIG published its first findings of hospital billing patterns since the two-midnight rule change. As the title of the report implies, the OIG has discovered that “Vulnerabilities Remain Under Medicare’s 2-Midnight Hospital Policy.”

In the report, the OIG reiterated that the 2-midnight hospital policy was created to address problems that CMS believed were endemic in the Medicare billing compliance process and could not be remedied with the infrastructure and processes in place prior to 2014. The OIG further stated that it expected that the two-midnight hospital policy would result in three main changes:

In its December 2016 analysis, the OIG concluded that the expected changes had not occurred—and in some cases the changes were in the opposite direction. The OIG conclusions were as follows:

Interestingly, the OIG pointed out that the number of short stay inpatients has decreased, but its analysis estimated that 39% of inpatient stays of less than two midnights are “potentially inappropriate.” At the same time, long stay observation cases have decreased, but not nearly at the same rate as inpatient stays of less than two midnights. In other words, hospitals are placing some short stays in observation (but not as many as expected), but are leaving many long stay beneficiaries in observation status, when the 2-midnight hospital policy supported inpatient billing status. Because of these two trends, hospitals are, on average, losing appropriate Part A revenue on longer stays while overbilling Medicare for short stays. Medicare beneficiaries are also feeling the adverse financial effects of this variance, as they experience higher out of pocket expenses related to inappropriate long stay observation care and sacrifice eligibility for skilled nursing facility benefits for which they were entitled under the policy.

The OIG made a number of recommendations with which CMS concurred:

Additionally, the OIG has recommended that CMS use analytics to specifically target hospitals whose high use of short inpatient stays suggest noncompliance with the rule and to use similar methods to target specific types of cases at all hospitals for targeted enforcement of the rule. The OIG further recommended that hospitals with high error rates be subject to broader audits by the QIO and more aggressive referral to Recovery Auditors for more comprehensive audits. Another major finding of the OIG report was that CMS enforcement of the rule has been lacking and that enforcement should be enhanced. It is important for hospitals to note that CMS agreed with this recommendation. Hospitals should therefore anticipate a significant increase in enforcement activity as seen in the QIO process, the expectation that QIO’s will be referring hospitals to recovery auditors, and the addition of this type of review activity to the OIG hospital investigation process.

In summary, the OIG determined that providers are, on average, variant from expected volumes on both short stay inpatient and long stay observation cases. What was not made clear in the OIG report is the reason why it believes such variances exist. The answer to this question likely rests within the details of how hospitals have adjusted (or not adjusted) to the use and application of “new criteria” in their daily and ongoing Medicare billing compliance processes.

Both hospitals and auditors have faced challenges in applying the new criteria, most recently resulting in the temporary suspension of the BFCC-QIO Short Stay Review program from May 4, 2016, through September 12, 2016. While it is hoped that the temporary suspension has provided auditors the opportunity to ensure review compliance with the 2-midnight criteria, the December OIG report suggests that providers are lagging behind.

Many hospitals continue to manage their Medicare billing status compliance through the legacy approach of having their case or utilization managers apply an inpatient level of care screening tool followed by physician review for medical necessity and appropriateness of billing status for cases that fail to meet inpatient screening criteria. While this process worked well prior to the 2-midnight criteria, today it results in errors consistent with the rates of variance seen in the December 2016 OIG report. This legacy process is no longer applicable in the post 2-midnight policy world for several reasons:

Thus, the old process of criteria screen for level of care followed by a non-treating physician review of medical necessity based upon risk of an adverse outcome is no longer applicable. Rather, the 2-midnight process requires that the treating physician order and documentation reflect the need for hospital care across two midnights, based upon reasonable standards of clinical care, for Medicare inpatient billing status to be considered appropriate. In addition, compliance efforts should be focused upon ensuring that treating physicians understand the 2-midnight policy requirements in order to write a correct initial status order and document appropriately in the chart to support the billing status requested in the physician order. The compliance process should be internally self-audited on a regular and recurring basis and the process should not be focused solely on the transition of cases from observation to short stay inpatient status. Rather, all high-risk areas, as identified by CMS and the OIG, should be continually addressed by a compliant process. Case manager admission criteria screening and physician advisor review are tactics that alone do not beget compliance (in fact, they often create noncompliance). Rather, admission criteria screens and physician advisors are but two tools within a compliance program that includes analysis of performance against key benchmarks, implementation of tactics targeting noncompliant variance, and ongoing physician education, process remediation, and recurring audit.

The recent OIG findings and the regulatory guidance under the 2-midnight hospital policy require that hospitals pursue a top-to-bottom reassessment and redesign of their approach to Medicare billing compliance if that approach has not been assessed and modified since the implementation of the 2-midnight policy and/or continues to include the legacy pre-2-midnight policy tactics.

Corrato is the founder and co-chief executive officer of Versalus Health. Before Versalus, Dr. Corrato was founder and managing partner of Devon Hill Capital Partners (DHCP), a diversified healthcare investment firm. Prior to founding DHCP,   Dr. Corrato was the founder, chairman and president & CEO of Executive Health  Resources (EHR). Prior to founding EHR, Dr. Corrato held the post of deputy director of the Office of Health Policy and Clinical Outcomes at Thomas Jefferson University   in Philadelphia.

Zebrowitzis founder and co-chief executive officer of Versalus Health. He has led the team in the development of an innovative approach to 2-midnight rule compliance. Prior to Versalus, he was man-aging partner of DHCP, where he led investment in several successful healthcare startups. Prior to DHCP, Dr. Zebrowitz spent 12 years as executive vice president and senior medical director of EHR, where he led the development of E HR’s compliance and revenue integrity products. Prior to joining EHR, Dr.   Zebrowitz founded Concuity, Inc. (formerly eHealthContracts), now part of the Advisory Board Company, and served as its vice president of strategic alliances. Dr. Zebrowitz received his medical degree from Temple University School of Medicine and a bachelor’s degree in psychology from the University of Pennsylvania. He attended the Wharton School of Business at the University of Pennsylvania.

McCarter serves as executive vice president and chief medical officer at Versalus Health. Prior to joining Versalus, Dr. McCarter was chief clinical officer of EHR where he was responsible for clinical re-search, physician education, regulatory policy, and the rules used to adjudicate over 10 million medical necessity reviews for over 2,000 hospitals across the United States to achieve Medicare regulatory compliance and clinical appropriateness. A board-certified internist, Dr. McCarter has served as senior vice president of medical affairs and chief medical officer of Main Line Health System in Philadelphia, and as vice president of medical affairs for Tenet Health Sys-tem’s Pennsylvania Region. He served faculty positions at the University of Pennsylvania, Hahnemann University, Medical College of Pennsylvania, Geisinger Medical Center, and Drexel University School of Medicine. Dr. McCarter received his medical degree from Hahnemann University School of Medicine and bachelor’s degrees in biology and chemistry from The University of North Carolina at Chapel Hill. 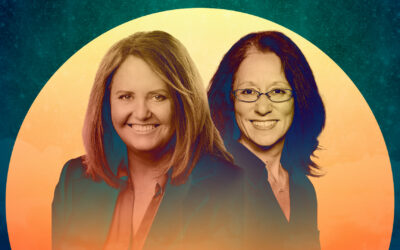 On Demand: Nuances Around the 2-Midnight Rule

Part 1Part 2Have you ever wondered what you need to document to support an unexpected recovery?  Or when is a Condition Code 44 the best choice?  Can you write and inpatient order after a discharge order? PRESENTED BY Dr. Jerilyn Morrissey Senior Vice President,...

END_OF_DOCUMENT_TOKEN_TO_BE_REPLACED 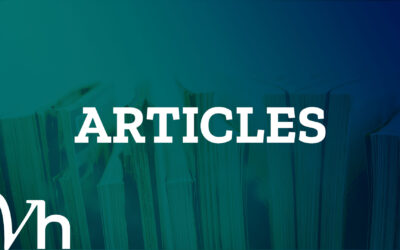 The Perils of Being ‘Too Big to Fail’ for Healthcare Providers

The Perils of Being 'Too Big to Fail' for Healthcare Providers Originally published on RAC Monitor December 14, 2022 by Dr. Jerilyn Morrisssey Last quarter UnitedHealth Group (UHG) beat Wall Street expectations with revenue of $80.9 billion, up 12% year over year....

END_OF_DOCUMENT_TOKEN_TO_BE_REPLACED 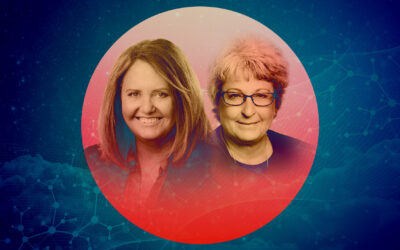 Utilization Management and CDI are often discussed in silos, but they shouldn’t be. Impactful transformation happens when data is leveraged from both of these vectors in the clinical revenue cycle to establish a real baseline. Join us for another journey through the Clinical Revenue Cycle from the emergency department to the QIO and beyond.

END_OF_DOCUMENT_TOKEN_TO_BE_REPLACED

Utilization Management and CDI are often discussed in silos, but they shouldn’t be. Impactful transformation happens when data is leveraged from both of these vectors in the clinical revenue cycle to establish a real baseline. Join us for a journey through the...

END_OF_DOCUMENT_TOKEN_TO_BE_REPLACED 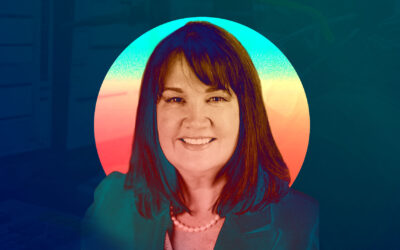 Join us for an overview of CMS HCC risk adjustment fundamentals for the inpatient clinical documentation specialist and coder. We will review the top ten commonly under-reported diagnoses that map to a CMS HCC, review how risk scores are calculated, impact payment, and benefit from improved clinical documentation and comprehensive coding.

END_OF_DOCUMENT_TOKEN_TO_BE_REPLACED 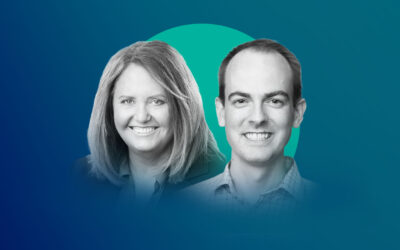 How to Get Off the Denial and Appeal Merry-Go-Round

It’s a familiar pattern with payers, the provider wins a front-line denial, then a myriad of payer reviews occur and result in more denials. More provider resources are deployed to fight each subsequent denial, only to be unfairly under-reimbursed at the end of the cycle.